We are witnessing a seismic shift in the industry and your business stands to take a significant hit if you don’t adjust your plans accordingly to reflect the current times and attitudes. We are, of course, talking about iOS 14.5 Facebook tracking.

It is the result of the years-long movement based on user concerns regarding how big companies are handling data.

More and more, we are seeing the effects of this update on the famous operating system. We are bound to see a more radical change in the future as it ripples outward, transforming the advertising world, slowly but surely.

Other power-players like Google are set to roll out their own implementations in the same vein, so it’s worth taking a look at the cause of all this. Where, why, and how it started.

That would be the above-mentioned Apple update.

The iOS 14.5 Facebook tracking landscape comes with its share of hurdles to overcome, so let’s take a closer look at how it all works!

Facebook has always used the Pixel to collect information about its users.

This bit of JavaScript code gets placed on every page a person might visit and it uses cookies to store information about their habits during that browsing session on their device.

Advertisers then use this data to personalize ads to their audience and offer a more relevant and streamlined experience.

The problem with this system is that for the longest time the general public was not aware of the extent to which these apps they used every day tracked their behavior and preferences. As a consequence, many have spoken up about the issue.

Facebook’s publicized third-party cookie scandal culminated in Mark Zuckerberg appearing before the U.S Senate to answer questions regarding his policy on handling user information. On the back of this, there have been many measures enacted worldwide, all to increase transparency in data collection and transaction.

Due to the mounting public pressure, it was inevitable that a big player would get the ball rolling in the direction of transparency and ethical data collection. Apple stepped up to the plate to do just that with its 14.5 update.

While Facebook felt it was unfairly targeted by the change (even taking out ads against Apple and warning that the Internet as we know it is about to change), Apple has stated that they are merely standing up for the consumer.

Regardless of which party has the moral high ground, the change is here to stay, and it has set the tone for many others to follow in their footsteps.

The industry is undoubtedly moving away from third-party cookies.

Companies with iOS apps are now required to work within the new App Tracking Transparency framework.

This includes displaying a prompt to users along these lines:

“[App Name] would like permission to track you across apps and websites owned by other companies. Your data will be used to deliver personalized ads to you.”

Users are then given the simple choice of “Allow/Don’t allow”.

To absolutely nobody’s surprise, the opt-in rate has been abysmal.

Originally planned to come out with the iOS 14 update, the App Tracking Transparency feature hit the ground running at a later date, making an impact on the Facebook iOS 14.5 landscape.

This move has significantly weakened the Pixel. The data of a substantial number of users has been taken off the grid, so to speak.

It doesn’t matter how sophisticated your system of gathering and leveraging data through third-party cookies is.

If you were only using the Pixel, an overwhelming majority of iOS users have been taken off your radar.

Bottom line, iOS 14.5 Facebook ads won’t be as customizable as before, due to the lack of information you can collect from your users.

With the preferences and habits of your leads and customers hidden, you are flying blind. You no longer have anything to anchor your ad campaign choices.

Nothing to guide you.

If your primary audience consists of iOS users, we can absolutely understand why this change could be downright scary for your business.

But there are ways around the restrictions imposed on iOS 14.5 Facebook Tracking.

When the industry shifts, it creates a wave of change that starts out small but becomes unstoppable.

Just like when surfing on real waves, you can’t go against them and resist, or you will get swallowed whole.

You need to ride the wave of change, going with the flow to stay afloat.

By embracing the wave and riding it you can find yourself reaching new heights. From your new vantage point, you will discover many fresh opportunities never before thought possible.

Through the implementation of the Facebook Conversion API, we can set up Server-to-Server (S2S) tracking. Instead of processing data through a user’s device, we do it on the server.

By setting up middleware, a web application meant to receive information, we are able to collect all the data points that are now out of the Pixel’s reach. Once collected, all this information can be leveraged to improve your intended audience’s ad experience and customer journey.

S2S is not only the most reliable option in these tumultuous times, but it also offers a greater degree of control than the traditional Pixel. Each event that it tracks is stored individually, allowing for quick inspection in the case of troubleshooting.

It’s also capable of handling a massive amount of events, perfect for any large-scale operation.

While it is more difficult to set up than conventional tools, we believe S2S tracking’s benefits put it head and shoulders above the competition. If you need any assistance with your tracking implementation, you can contact us right here and we will schedule a call right away.

We believe that iOS 14.5 Facebook tracking should NOT be a hassle, so we will gladly give you a hand and help you scale your business in the process! 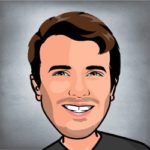 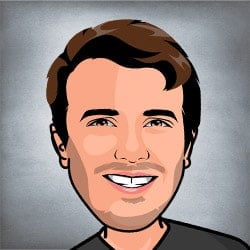 Be it Social Media Management, Marketing Strategy, PPC Ads, or Copywriting, you can rely on him to get the job done.

With a Bachelor’s in Marketing and a Master’s in Advertising, his life’s work is to leave this world better than he found it, and he aims to achieve that by putting his talents in the service of the right people and helping businesses make a difference in the world.

Outside of working hours, you may find him singing Britney Spears songs at karaoke nights, or exercising his creativity in varied ways, such as playing chess, designing board games, playing guitar, or playing Dungeons & Dragons with his mates. 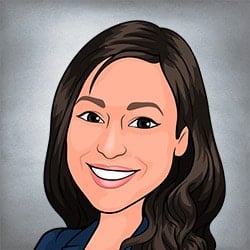 Alisa is the glue that brings all the parts of our operation together. The one always keeping an eye on the bigger picture. The person that makes sure that it all works smoothly and on schedule, giving everything an artistic spin and flourish with her keen eye for design.

While juggling her different tasks (Project Management, Web Design, Quality Control, Customer Service), one thing never changes: she will use her artistic sense to make a project unique and she will hear out the person she is working with, understanding their needs and wishes while integrating and tying them all together to create an outstanding final product.

When she’s not tuned in to her work, you’ll find Alisa taking ordinary things and making them beautiful. In her artistic endeavors she explores many different mediums of expression, like painting, ceramics, dance, and cooking. Among these, her dancing stands out, as she is part of a salsa dance performance team, doing gigs both locally and nationally.

Her dream is to travel and explore different cultures, which she is always doing from home by cooking and trying out various cuisines from around the world.
Short Excerpt:
Alisa is the one that makes things work smoothly and on schedule, giving everything she does an artistic spin and flourish with her keen eye for design. 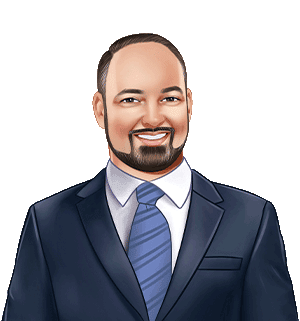 Zach manages the operational side of our business and coordinates all the work done by our team. He designs technical architecture and always keeps an eye towards the future, making sure his solutions are scalable. He applies his skills in all sorts of fields, such as Project and Team Management, Sales Funnels, Web Technology, Split Testing, Automation and CRM.

If there’s one trait he shares with Henry, it’s passionate problem-solving. Although he has been working for over 25 years in Sales, Marketing, Management, Team Building and Customer Service, perhaps his relevant business credentials start even earlier. At 15, he started a business selling and installing car stereo systems before he even had a driver’s license. Armed with a reseller’s permit and a passion for business, he started down the path of entrepreneurship and hasn’t looked back since.

With four amazing children and a wonderful wife in his life, his goal is set: provide the best possible life for them that he can. To that end, he works hard on helping clients scale their businesses through the use of cutting edge digital marketing tools.

His weapon of choice on this quest is not a coincidence, for his knowledge of technology is certainly top-notch. This can sometimes be a blessing and a curse however, when the Apple Genius Bar can’t solve a friend’s problem, it’s Zach’s phone that gets lit up.

To unwind, he spends time with his children, goes on weekly dates with his wife and is passionate about crafting culinary art… he unwinds and loves creating amazing home-cooked meals for his friends and family! 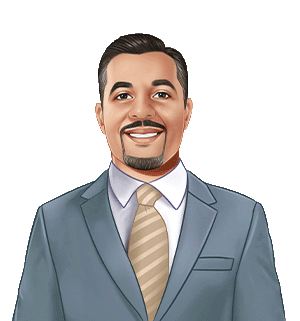 One of the two men that started it all, Henry has a knack for judging character and managing the internal structure of our team. The go-to guy for when business owners hit a roadblock, he is well known for offering unique, scalable solutions to any issue that presents itself.

With a background in Sales, Marketing, Management, People Development and Leadership, he puts it all to good use in the service of his clients and fellow team members, helping them better themselves.

He’s a born problem-solver, breaking any seemingly impossible task into achievable actionable items.  He has successfully helped dozens of businesses expand to the 7-8 figure level, by designing and implementing extensible, supportive and responsive infrastructure that his clients could then leverage to their fullest advantage.

At work, he loves helping our customers make their dreams a reality, taking businesses to the next step of success, guiding them all the while. Outside of work, he enjoys a good meal with friends and a nice Napa Valley Cabernet Sauvignon. He also likes travelling with his family and exploring different cultures and finding out more about our world. Having dreamt of becoming a soccer player when he grew up, he has since traded that sport for another, namely golf, which he partakes in whenever he gets the chance.

Little known fact, he won the Atomic Spicy Food Competition when most of the people quit after just a couple of bites. Scientists have yet to come up with an explanation.